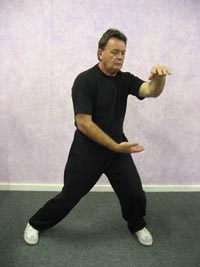 Dr Michael McLoughlin has been practising Chinese Medicine and Acupuncture for the past fifteen years and specializes in drug addiction and related illnesses.

He has worked at the Cape Town Drug Rehabilitation Centre for eleven years and in others such as Crescent Clinic and Tabankulu, before it closed down. Dr. McLoughlin has treated thousands of people from all over the world and from all walks of life, both rich and poor. He ran a non- profit clinic at Imazanu Yetu in Hout Bay for two years and worked at weekends in most of the disadvantaged areas of the Western Cape for many years giving free clinics.

Dr McLoughlin has a private practice in Constantia and Kenilworth, Cape Town. 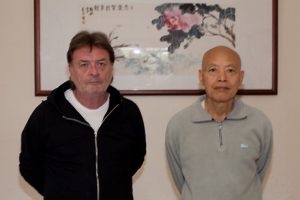 My teacher, since 1992, is Grandmaster Lin Feng-Chao from Taiwan who has lived in Cape Town since 1991. He was a closed Door Disciple of Cheng Man Ching for many years until Cheng’s death. He learned Tai Chi and Chinese Medicine from Cheng. I still study and do research with Dr. Lin. As can be seen the Tai Chi Chuan lineage is direct and I am fourth generation from Yang Cheng Fu. This is not common in the West The Tai Chi we teach is according to original Chinese Philosophy and Natural Science Principles. We follow the rules and treatises as laid down by Yang Cheng Fu, Chen Man Ching and the Commentary of Zhang San Feng.